An enthusiastic crowd of Grade 4 students met Rangers goalie John Gibson and forward Domenic Alberga and Tobias Rieder in the gymnasium for the Captain’s Clinic. The players led the students through a series of stretches and warm-up exercises before giving them some pointers on passing and running drills. 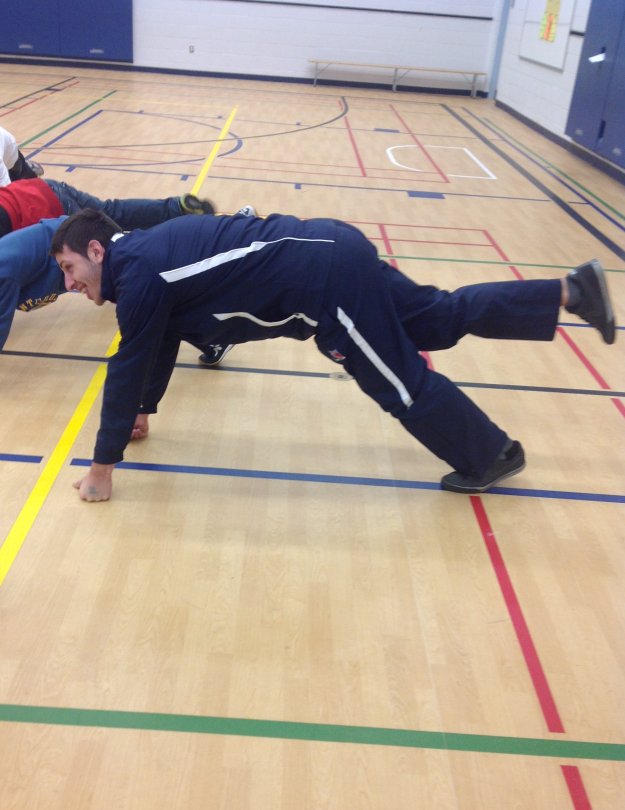 After everyone was warmed up and ready to go, Gibson, Rieder and Alberga grabbed sticks and joined the students in a spirited game of floor hockey. 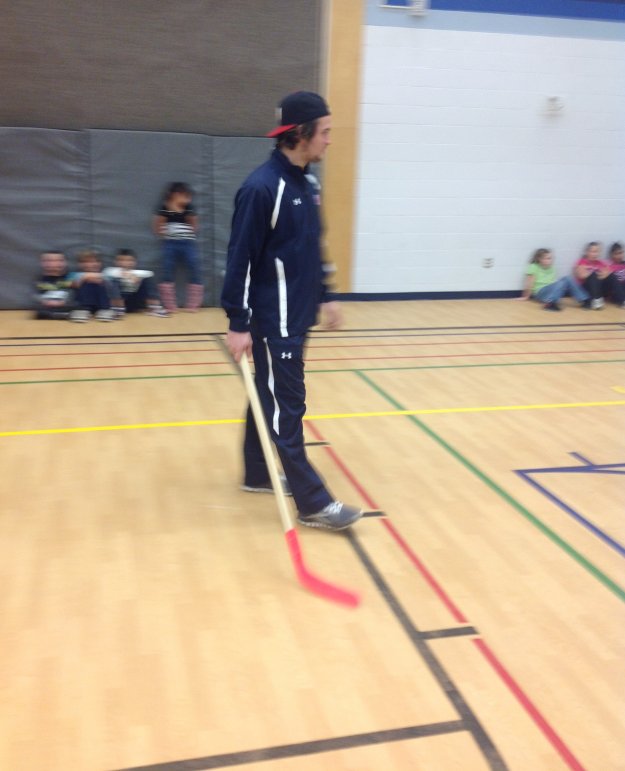 “I figure I was a plus-5, 2 goals,” joked Alberga, who recently joined the Rangers from the Sarnia Sting, adding that he really enjoys mornings spent running around with local students, being active.

Following the game, the students of Our Lady Fatima took a few minutes to ask the players their burning questions, ranging from ‘how busy is your travel schedule’ to ‘how many goals to you have’ and shared some of their own hockey stories. After a group photo, Gibson, Rieder and Alberga had to get back to the Kitchener Memorial Auditorium for practice, but thanked the students for their active participating in a fun morning of hockey. 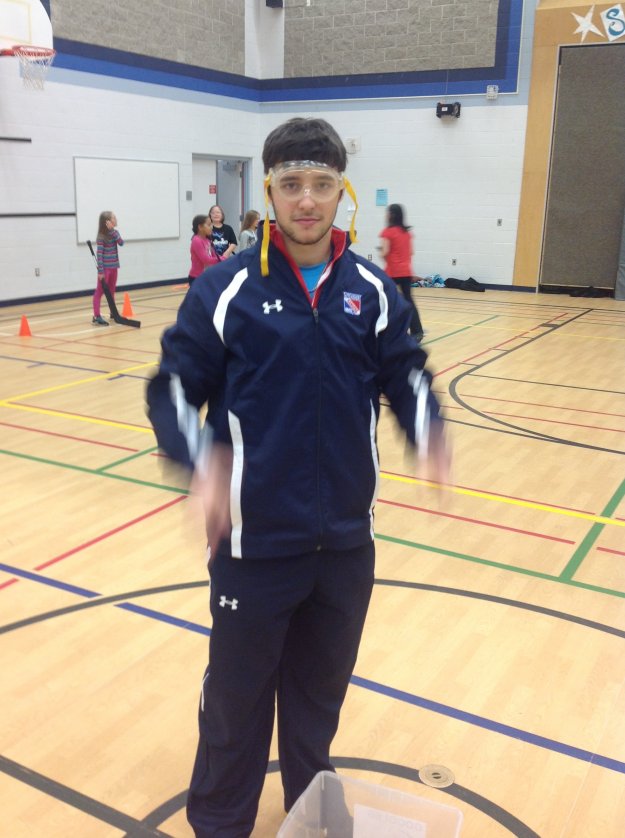