The RBC School Tour kicked off for another season on Tuesday, October 15 as Kitchener Rangers forwards Curtis Meighan and Justin Bailey hit the road to visit Floradale Public School in Elmira.

The players arrived bright and early and were escorted to the library, where they were joined by the school’s kindergarten and primary students. The children were excited to see their guests, and eagerly shared their rules for active listening before settling in for the story. 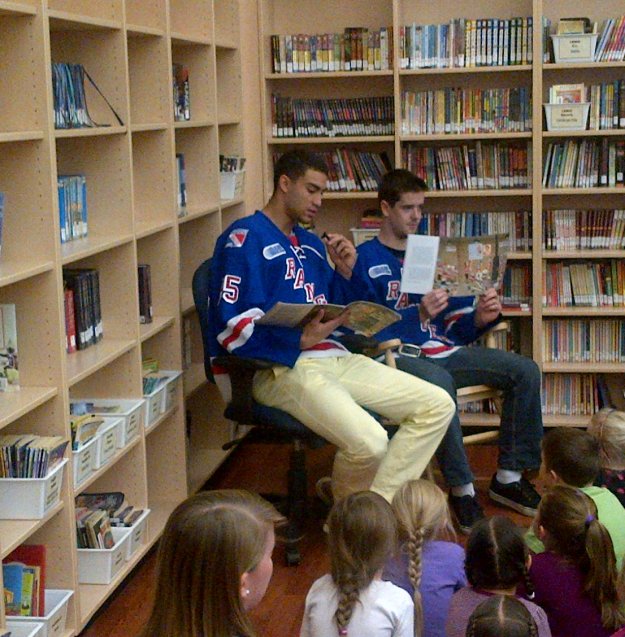 Justin and Curtis took turns reading from the classic book ‘The Hockey Sweater’, by Roch Carrier, borrowing a second copy from the Floradale school library to make sure they could share the illustrations with the children. After the story was over, the Rangers decided to test the students on the material, asking questions about the book and its message. Bailey talked to the group about teamwork and the importance of cheering for your friends, while Meighan shared his story about how hard work and dedication helped him grow into the player he is now.

When the players and students had finished talking about the material, the children were invited to ask questions and happily obliged, asking about the Rangers’ record, what their day-to-day schedule looks like and telling their own hockey stories.  Ask about her favourite team, one young girl in the crowd told the players that she cheers for a squad outside the NHL.

“My dad plays hockey,” she said shyly, adding “They’re my favourites… but I don’t remember what they’re called.”

With time winding down, each member of the audience came forward to meet Justin and Curtis and ask for an autograph, with a couple of the students offering congratulations for the Rangers’ big win on Thanksgiving Monday. 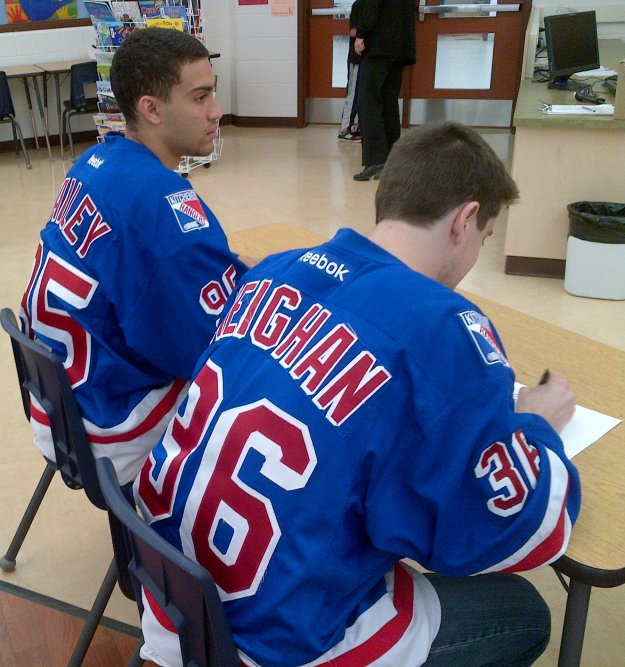