The RBC School Tour continued on Tuesday, November 13 with a visit to St. Anne Catholic Elementary School in Cambridge.

An excited group of Grade 6 and 7 students greeted Rangers forwards Eric Ming and Curtis Meighan in St. Anne’s gymnasium to participate in the Rangers Captains Clinic program. The players opened by introducing themselves, including their names and positions.

With opening remarks out of the way Ming and Meighan put the students to work with a jog around the gym and a series of warm-up exercises, including lunges, much to the dismay of some students. A stretching circle followed, with Curtis casually borrowing the shoulder of a much shorter student for support as the class balanced on one foot to stretch their quads. 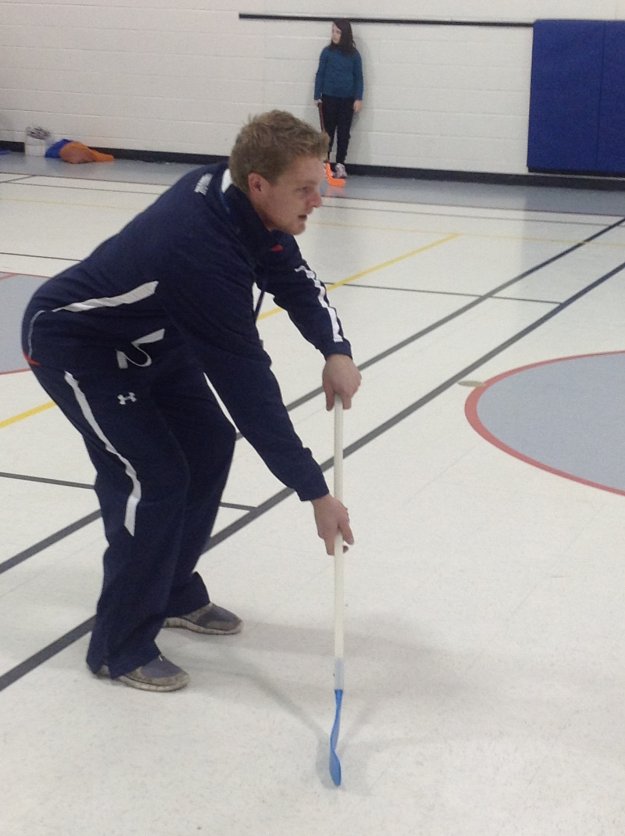 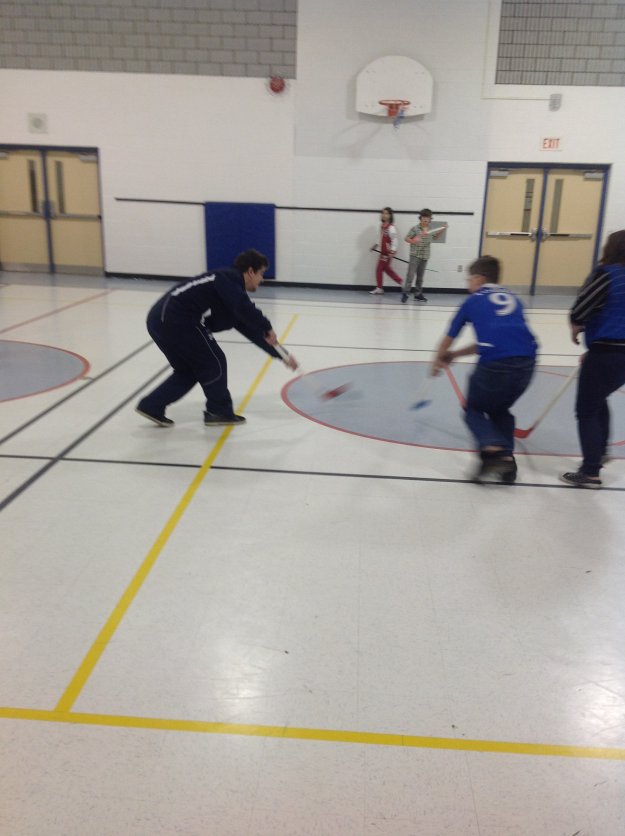 Fully warmed up, the players got the students into groups to run passing drills, stopping them from time to time to offer advice on how to improve their skills. Eric suggested that the students spread their hands apart on their sticks, while Curtis instructed them to look where they wanted the shot to go.

After a rousing game of ‘Monkey in the Middle’, the students had an opportunity to practice their new skills. The class was divided into two teams, Team Shirts (coached by Meighan) and Team Pinnies (coached by Ming). The Rangers didn’t spend long on the sidelines, however. It looked like too much fun to pass up, so the players jumped on their respective teams’ second lines and put the young defences to the test. 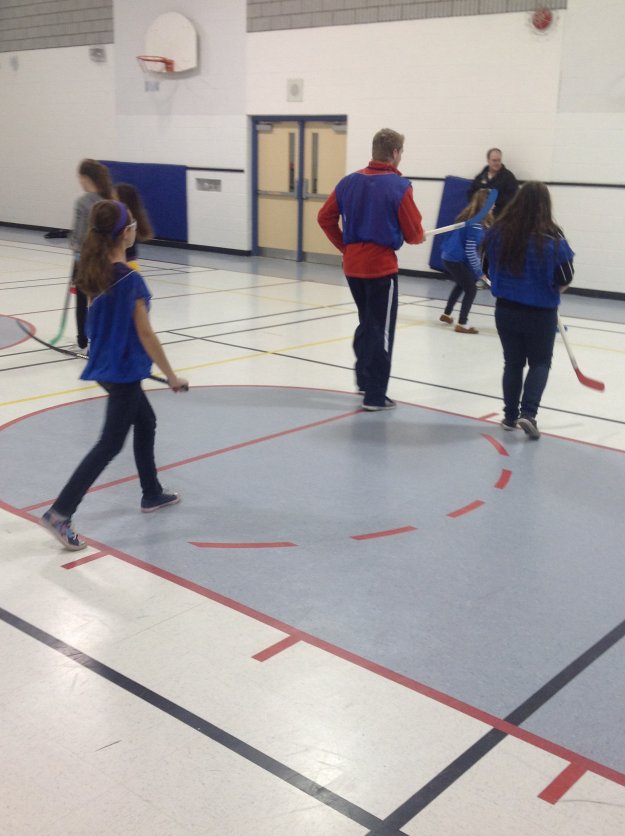 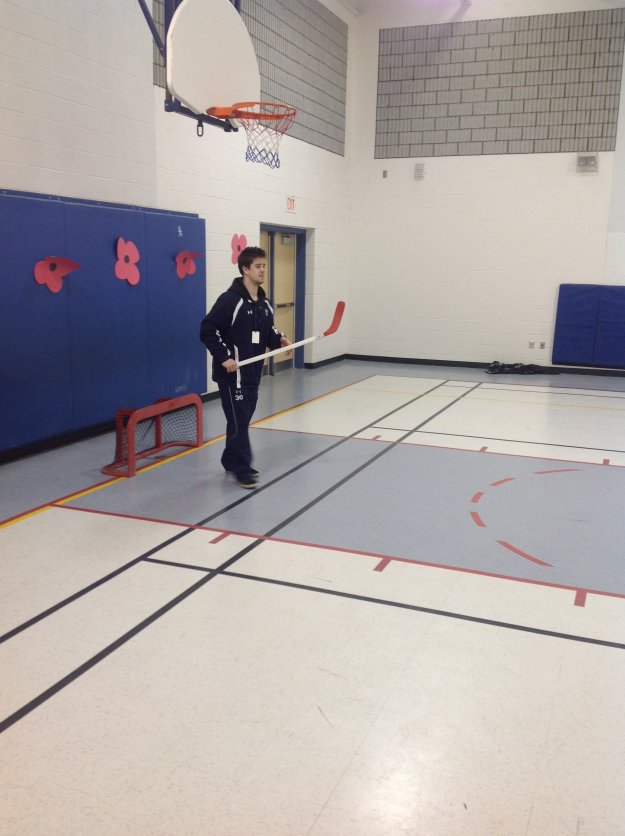 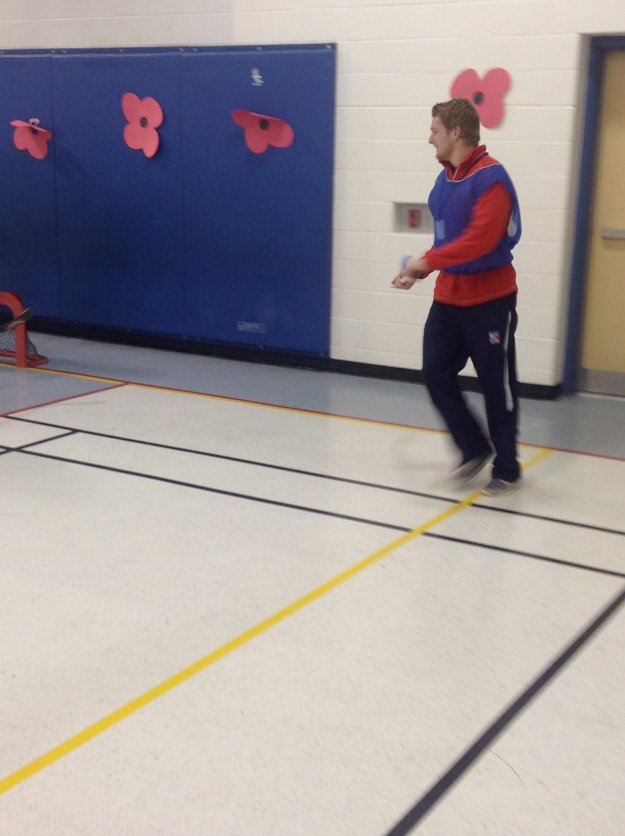 When the game was over, their new teammates took a few minutes to ask questions including an important one about the dedication and hard work. Two former Rangers’ Academic Award winners, both Eric and Curtis talked about the value of working hard in school, and in life. Meighan won extra points with the student’s parents by advising them against eating too much candy.

After some pictures and a lot of autographs, the players had to say goodbye to return their Rangers teammates at The Aud. But before they left, the students and the players exchanged high fives, in celebration of a great game and a morning of hockey fun. 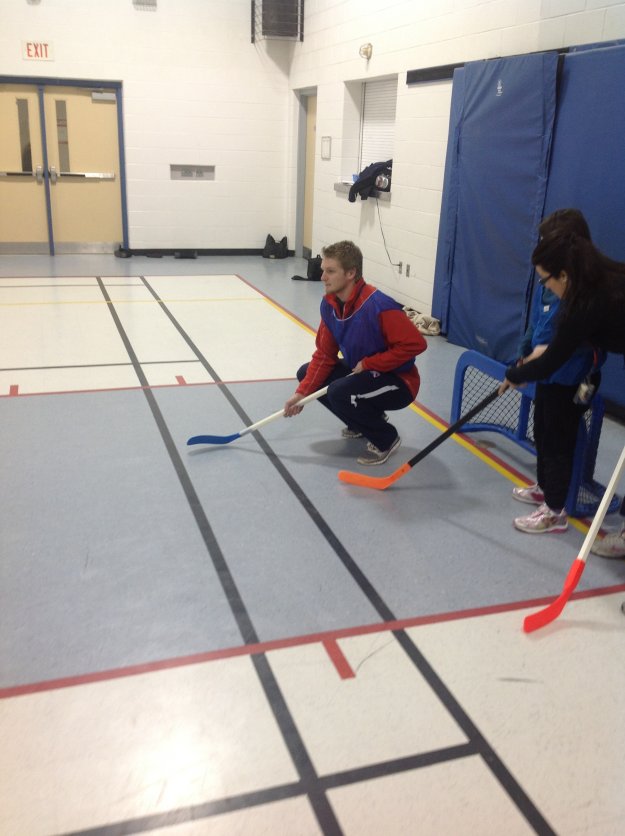