The RBC School Tour continued on Tuesday, October 30 at Highland Public School in Cambridge, ON.

An enthusiastic crowd of 20 students met Rangers captain Ryan Murphy and defenceman Ben Fanelli in the gymnasium for the Captain’s Clinic. The players led the students through a series of stretches and warm-up exercises before giving them some pointers on passing and running drills. After a few quick demonstrations, the kids had definitely caught on 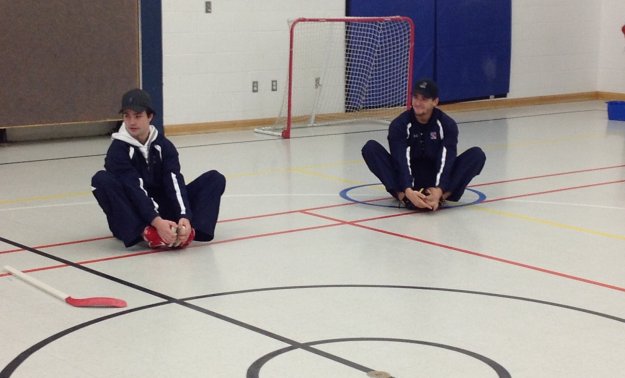 After everyone was warmed up and ready to go, Murphy and Fanelli got the students geared up with sticks, safety goggles and pinnies and split them into four floor hockey teams.

The Rangers blueliners were laughing and cheering as the groups faced off in three short games. Murphy took a moment to encourage a young goaltender after a great save, while Fanelli rallied the troops on the other side of the gym after the red team found themselves down a goal early. 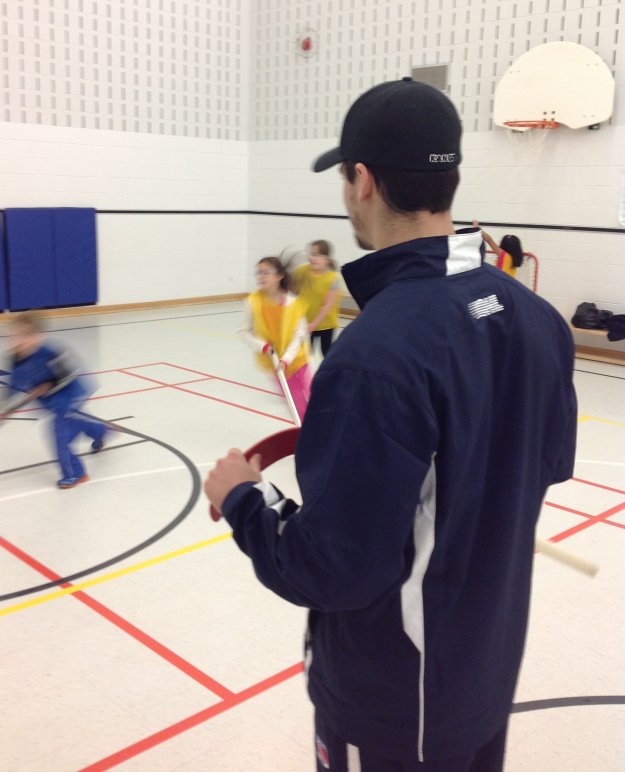 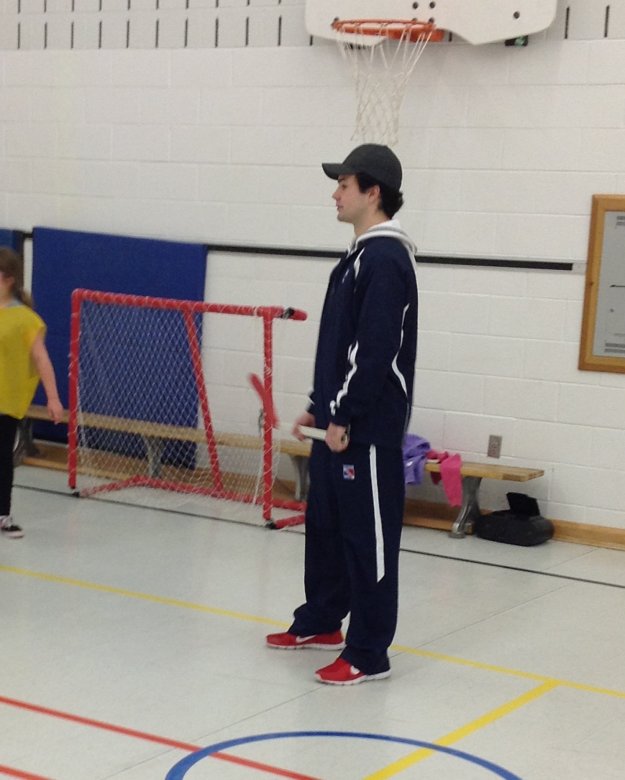 Following the game, the students sat in a circle and were invited to ask the players questions, including several about Murphy’s trip to Russia with Team Canada this summer. Several of the boys shared their stories of playing during the intermissions at Guelph Storm games.

Murphy and Fanelli also joined the class in their daily physical activities before heading back to Kitchener Memorial Auditorium for practice. A group photo and some autographs were squeezed in as the Rangers departed with a big ‘thank you’ for a terrific morning. 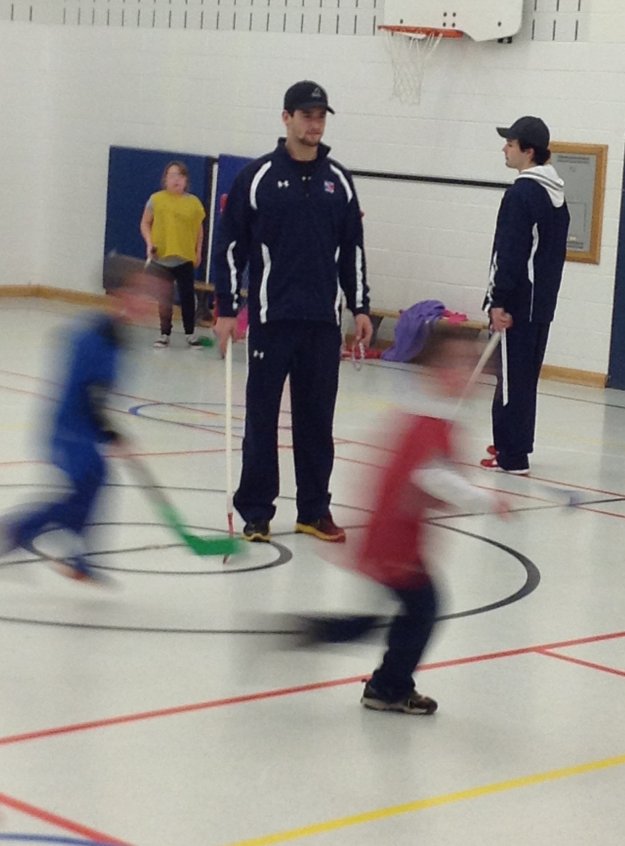