Rangers goalie John Gibson and winger Tobias Rieder arrived bright and early to meet the school’s primary students and participate in the Read With the Rangers program. After introducing themselves, the players dove into the book they brought to share with the students: Brady Brady and the MVP, by Mary Shaw and Chuck Temple. 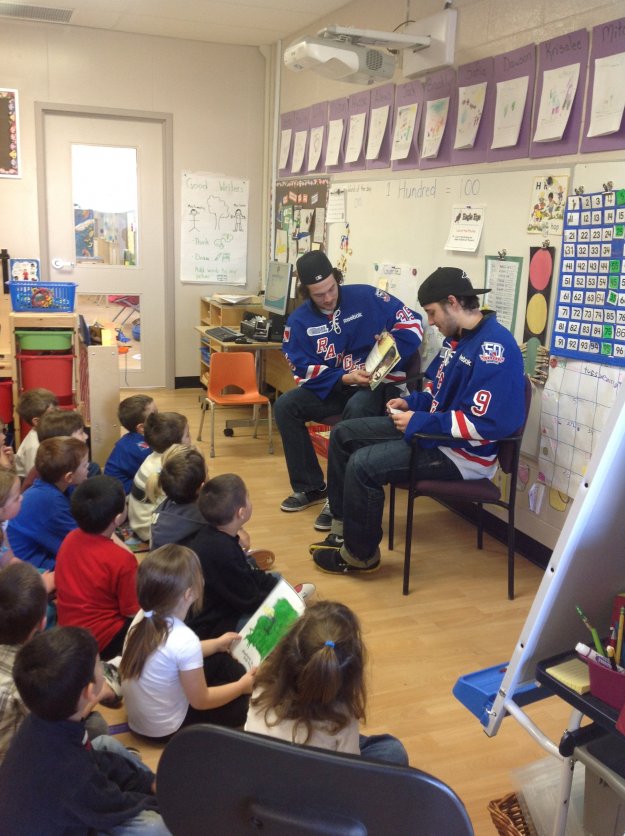 After Gibson completed the story, the Rangers decided to test the students on the material, posing questions about the book and its message. Rieder asked the group about teamwork and the importance of cheering for your friends and the players shared their own stories about playing at The Aud and how their fellow Rangers help them.

When the players were done asking questions, the students turned the tables, inquiring about everything from the NHL draft to their hometowns. With time winding down, question period gave way to autographs, as each member of the Grade 1, 2 and 3 classes came forward to meet John and Tobias.

After spending time with the primary grades, the Rangers took a trip down the hall to meet with the junior and senior kindergarten classes. The players had a chance to read to some of their smallest fans, including one young supporter who was nearly swimming in the oversized jersey he had borrowed from his sister.

The youngsters enthusiastically chatted with Tobias and John, until one young girl raised her hand, not to ask a question, but to make a statement. 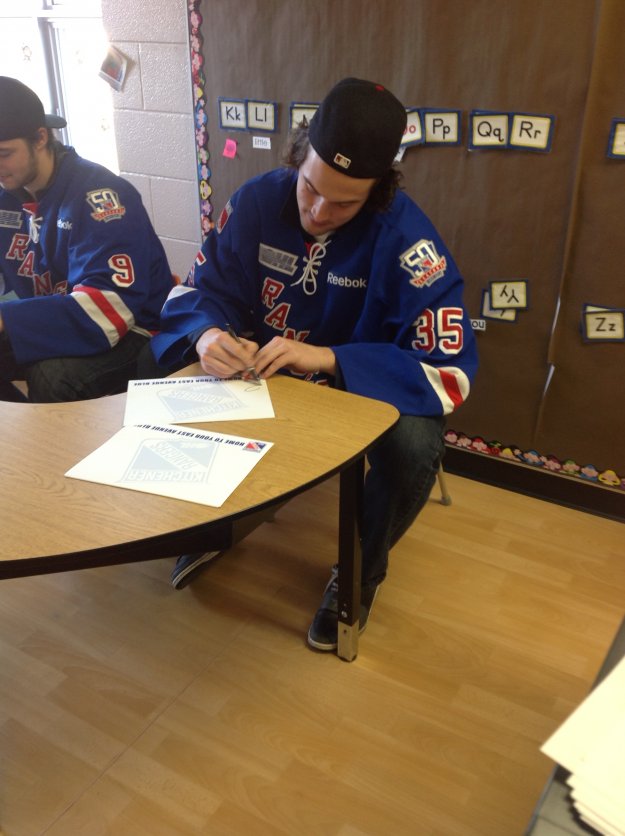 The players took that as their cue to depart and leave the students to their regularly scheduled activities. After a few more pictures and the last few autographs, the Rangers thanked the students of Monsignor Haller for their hospitality before heading back to The Aud for practice.