Sheppard Public School in Kitchener hosted the most recent installment of the RBC School Tour on Wednesday, January 23, 2013, welcoming Domenic Alberga and Eric Ming to the gymnasium for the Captain’s Clinic. 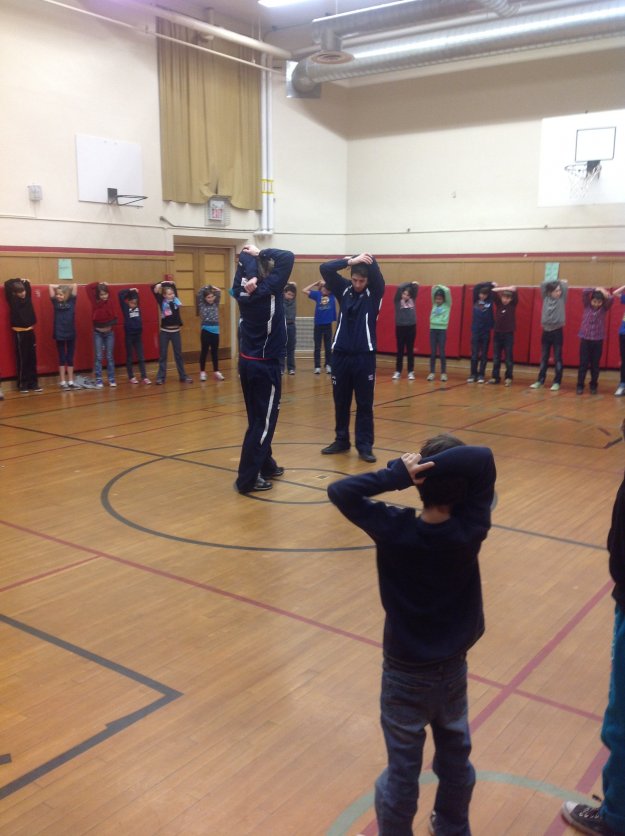 Over 40 students from the fourth, fifth and sixth grade joined the Rangers players in the Clinic, and were quick to organize themselves into squads in preparation for the morning’s activities. With so many eager participants, Alberga and Ming quickly got the students warmed up, and gave a few quick pointers before captaining the teams in a spirited game of floor hockey. 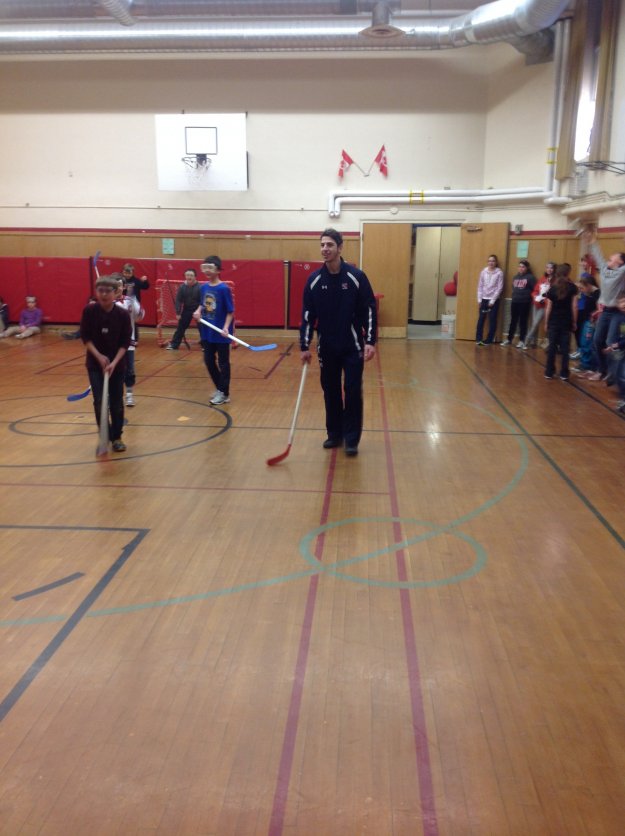 Competitive by nature, Eric was stunned when the young opposing goaltender stopped his best scoring chance, throwing his arms in the air and claiming she robbed him. The students on the sidelines cheered loudly for their teammates with the Rangers players encouraging them every step of the way. Each player battled through some hard-fought shifts, with Team Red (coached by Domenic) and Team Blue (coached by Eric) fighting to a well-earned tie. 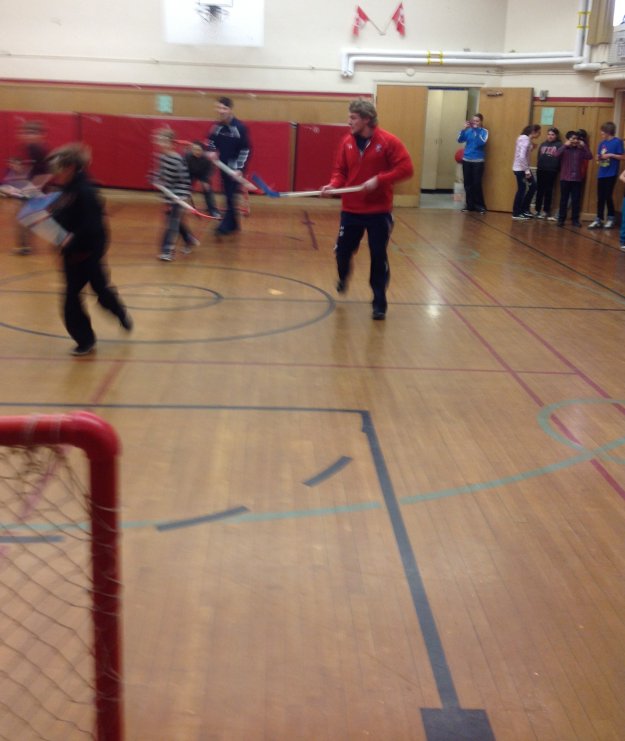 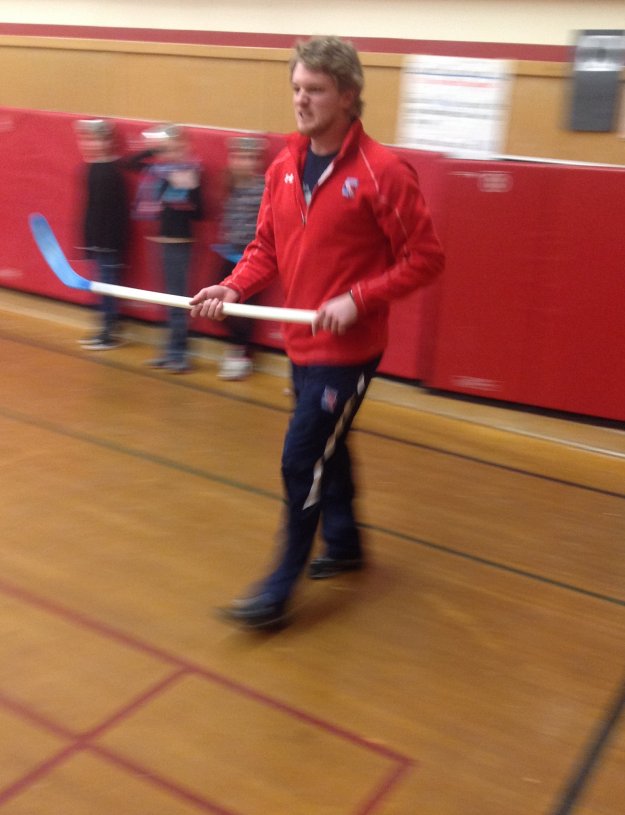 Following the game, the students of Sheppard PS lined up in their squads and were given the opportunity to ask questions. The kids offered some thoughtful inquiries, asking about the players’ pregame routines, nutrition and education, but one young boy got everyone laughing with his question.

“Do you have all your teeth?” he asked cheerfully, when called upon.

After some autographs and a few more questions, it was time for Ming and Alberga to make the quick trip back up the hill to The Aud. But they congratulated each player on a great game and offered thanks to the classes for welcoming them to Sheppard PS.