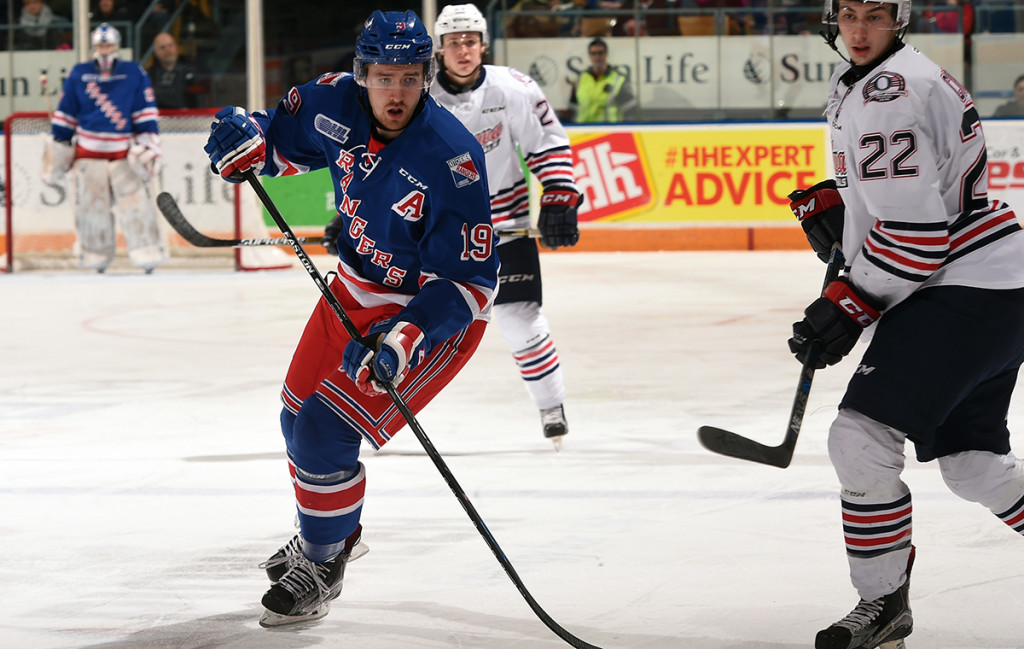 Brandon Robinson began his OHL overage season at a blistering pace, and it looks like he’s gearing up to start the playoffs in the same impressive way.

After missing the first six games of the season as he continued to heal from off-season hip surgery, the 20-year-old, Pickering, Ontario native made his 2015-16 season debut on October 16 vs. the Owen Sound Attack and picked up his first goal of the season. He would go on to score seven goals and eight assists (including goals in five straight games) for 15 points, registering at least a point in each of his first eight games played of the season.

Despite the inspiring results from the veteran winger upon his return, he admits the road to recovery was long, taxing and challenging.

“It was boring,” said Robinson of the initial period following the operation. “After the surgery I couldn’t do much for the first few weeks, but then about two weeks after that I could start to do some little, basic exercise just to try to get some strength and flexibility back in my hip.

“The first six weeks were more so to protect the hip and let it heal properly so down the road there are no future problems. The following six weeks were when I was finally able to start pushing it more and working on getting back to 100%.”

The rehabbing and physio may have been trying at times for Robinson, but he said it was the restlessness of waiting to return to activity that was most frustrating.

“I got impatient,” he laughed, thinking back to the offseason and leading up to the beginning of the schedule. “It was hard not being able to do anything physically. As an athlete, you’re so used to being active, being in the gym everyday and being out on the ice all the time. It was hard not doing that when all I wanted was to be out there.

“It was especially hard when the season started and I’d see all the guys back and out on the ice and not be able to be out there with them. Watching games from the press box was definitely one of the toughest parts.”

Due to great progress he made through those arduous months, Robinson was right on pace with his timetable to return. If anything, he may have made it back a little earlier than first expected, and it was a welcome sight to head coach Mike Van Ryn’s group, as the winger certainly came in with the hot hand to start things off this year.

As the regular season winds down and the playoffs draw closer, Robinson is once again making a serious impact on the ice, and beyond that, on the score sheet. His three goals and two assists for five points in his last three games have provided some welcomed offense to the Rangers lineup and a positive mental boost as the first round approaches.

“The last two, maybe even three seasons have been pretty tough, results wise,” he says of the Rangers. “I mean, two years ago we didn’t even make the playoffs and it was one of the worst seasons the franchise and the fans have ever endured.

“Last year I don’t think too many people were expecting too much from us since going in we didn’t look all that different from the year before, but the fans have stuck with us through all that and we’d like to win this year just as much for them as we would for ourselves.” 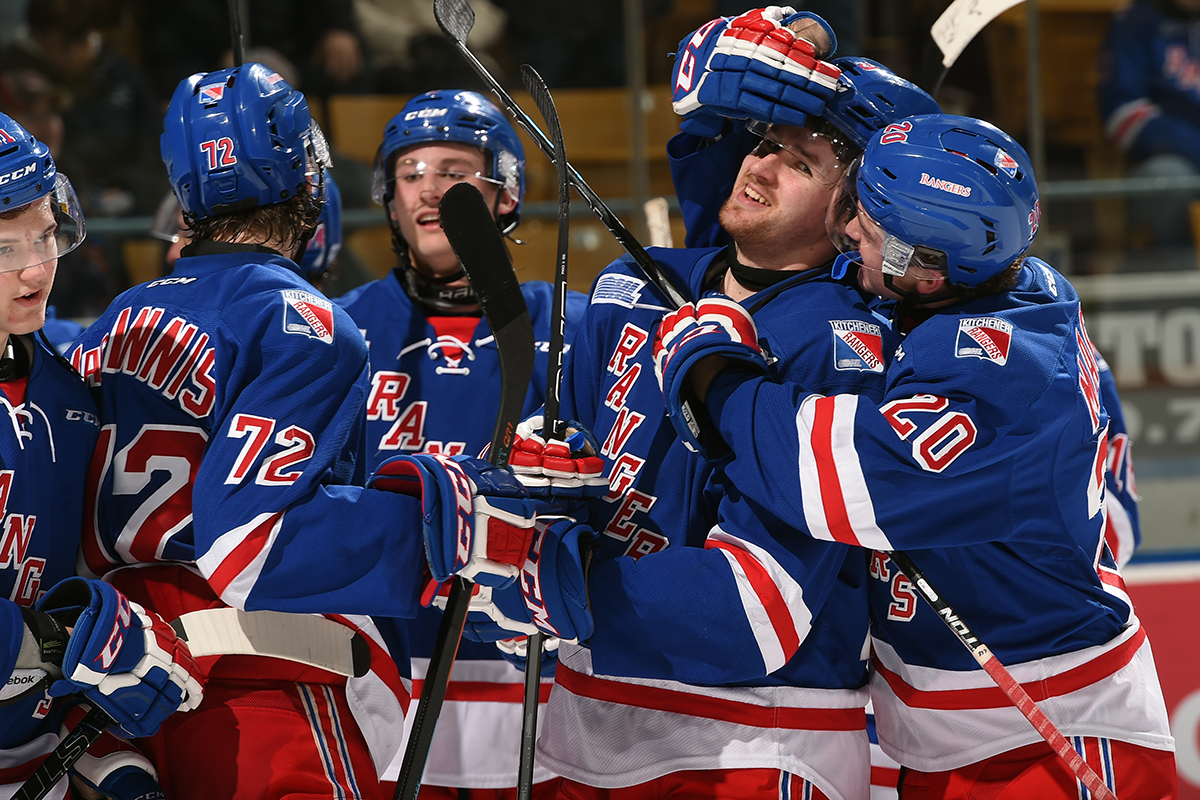