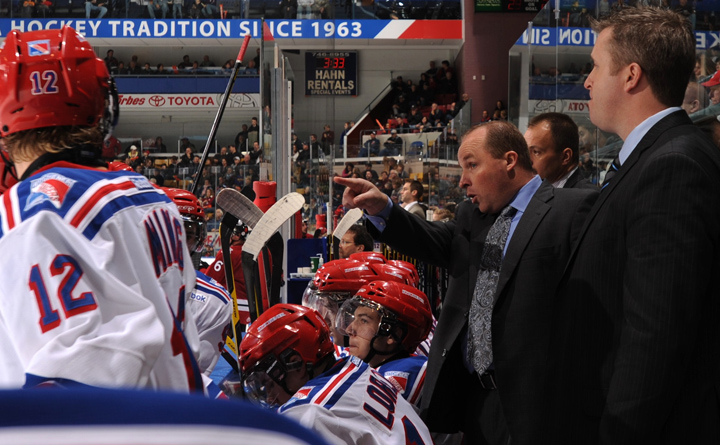 Spott, 46, served as head coach of the Toronto Marlies during the 2013-14 season, posting a 45-25-6 record and leading the team to the AHL’s North Division title and a berth in the Western Conference Final.

Spott was named the team’s fourth head coach on July 3, 2013 after spending 12 seasons with the Kitchener Rangers of the Ontario Hockey League (OHL). The Toronto, Ontario native spent his first seven seasons with the Rangers as an assistant coach under current NHL bench boss Peter DeBoer, during which the team won the Memorial Cup in 2003. Spott was named Kitchener’s head coach prior to the 2008-09 campaign, and over five seasons compiled a record of 187-121-32. He guided the Rangers to four playoff berths, including two trips to the Western Conference Final. Spott also served as Kitchener’s General Manager for five seasons.