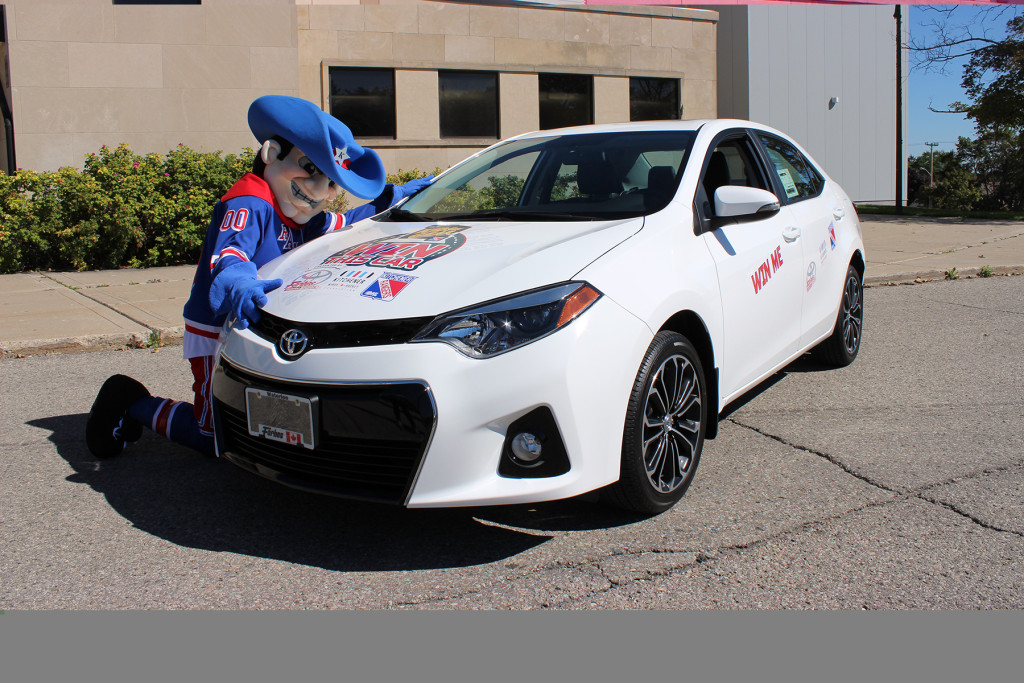 The Sun Life Financial Kids In Gear Charity Drive Car Draw is giving one lucky fan a chance to drive away in a brand new 2016 Toyota Corolla Sport!

Those who purchase tickets by Monday, November 9th will also have a chance at the Early Bird draw on Tuesday, November 10th which includes the following prizes:

To support the Sun Life Financial Kids In Gear initiative and for your chance to win, tickets can be purchased the following ways:

– at the Kitchener Rangers office, 400 East Avenue (Monday – Friday from 9:30am-1pm and 2pm-5pm) located on the Ottawa Street side of the Kitchener Memorial Auditorium Complex via Parking Lot ‘A’

The grand prize draw will take place Sunday, January 10th when the Rangers host the visiting Kingston Frontenacs at the Kitchener Memorial Auditorium Complex at 2pm. For tickets to the game, click here.

For more information, including contest rules and regulations, click here.